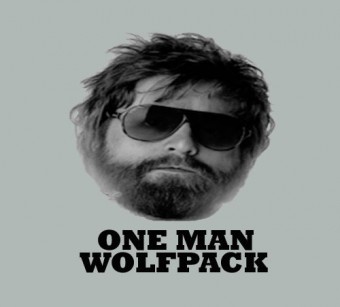 Hey there, I hope you’re doing awesome and are ready to kick some serious ass in 2014. I know I sure am.

Because what we do as growers isn’t always accepted by the masses (they ARE coming around though), we often end up being far too self-reliant for our own good.

In fact, being a one-man wolfpack is one of the biggest things that holds a ton of great growers back from producing at the level they want to.

Yes, YOU are the one— the ONLY one—who is responsible for your success as a grower.

YOU are the one who needs to have the vision.

YOU are the one who needs to decide that nothing is going to stop you from reaching that vision.

And YOU are the one who needs to put one foot in front of the other, trudge through the self-doubt and limiting beliefs, conquer your inner demons, overcome whatever obstacles you may face, and move forward with unrelenting strides to make your vision a reality.

However…you can’t do it alone.

You need others to help show you the way…others who you can bounce ideas off of…others who support you and your dreams, and whom you support as well. 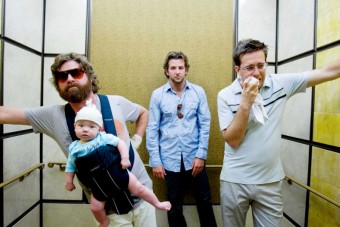 Back when I first started growing 31 years ago, before there were blogs like this one and online magazines like Big Buds, and when there was very little valid literature on the subject of growing marijuana, we had no choice but to rely on each other so we could figure all this stuff out.

We supported each other every step of the way as we revolutionized the way marijuana is grown. In fact, we still do.

Too many growers let their paranoia and genuine mistrust of others isolate and hold them back.

You need quality members of our community whom you can turn to and count on to be there for you.

Sure, today there are forums that can be super helpful, especially if you can see past the trolls and haters. But it’s just not the same as having a group of close friends who lift each other up.

If you do have a tight-knit network like this, you are blessed.

Here are two things I’ve done over the years that have been critical in my success as a grower, in business and in life that I think can have a profound impact on your life as well… 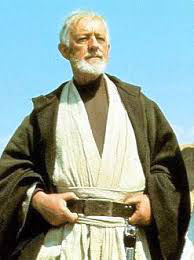 I find people who have done the kinds of things I want to do, and then get guidance from them.

I’ve had coaches and mentors ever since I started growing in the early 80’s, and if it were not for them, I never would have been able to achieve the things I have in my life.

Now, oftentimes I may be more successful than the person I’m learning from, but they’ll know a certain subject inside and out that I want to become more proficient at… So I look to them for guidance.

Never underestimate the power of working with mentors.

I strongly suggest finding guides who can help point the way along your journey. They can save you years of frustration and costly mistakes and help shorten those learning curves that we all need to go through. 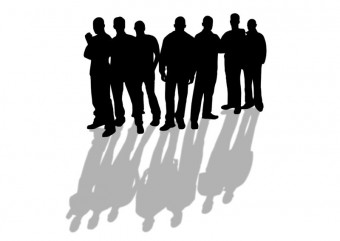 A mastermind group is a group of like-minded individuals who meet either in person or virtually, to brainstorm, educate each other, keep each other accountable, and support each other.

You basically help each other succeed.

Members of the group set individual goals and then the group supports each other in accomplishing these goals.

I highly recommend involving yourself in a mastermind group.

And if you can’t find one, start one. It can be a network of growers, or just a bunch of cool success-oriented people who can help you make your vision a reality.

Some of my closest friends today come from the mastermind groups I’ve been involved with over the years.

Without each other, without members of our community pulling together and having one another’s backs, true success will always be a far off pipe-dream.

Whether in the official setting of a mastermind group, or even if it’s just a bunch of comrades helping each other out, it’s important to surround yourself with people who have common values, are success oriented, and WANT to see you succeed.

Life is too short to be around crabs who want to pull you down, know-it-alls who want to break your balls in a forum just because you don’t know as much as they do or have a different opinion on things, and time vampires who want to suck you dry.

Stick with the ones who are authentic and will tell you the real deal, who are willing to teach you anything they know, and who will bail your ass out of jail if needed (and who you’ll do the same for.)

However, realize that the people you attract in your life are basically mirror images of you or aspects of your personality.

So if you’re around a bunch of negative people, untrustworthy shenanigan artists, or undesirables, then there are parts of yourself you may want to address, because there’s a reason these people are in your life. Remember, like attracts like.

BE what and who you want to attract into your life.

Start friendships off with the giving hand and by being a friend first. If you want someone to help you, help them first. Reciprocity is a powerful thing.

Have you ever heard of the Deathsquad Network?

The Deathsquad Network is of group comedians (along with a few MMA fighters) who support the living shit out of each other.

They’re a great example of what I’m talking about in this blog post. True friends helping each other succeed.

These dudes have created an awesome little community for themselves. 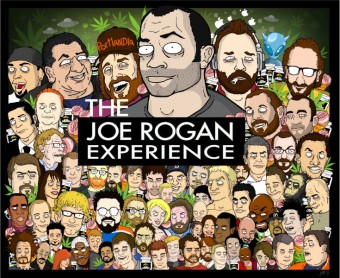 By the way, if you haven’t listened to Joe Rogan’s podcast, do yourself a huge favor and check it out.

As a member of the Underground, it’s right up you alley.

The camaraderie between the regulars on the show shines through in each episode and it’s a great example of members of a community lifting each other up while talking about cool topics and it’s all done in a funny and entertaining way.

Who you choose to surround yourself with can make or break who you are and who you want to become.

In fact, if it weren’t for others, I’d probably have given up on growing a long time ago.

It’s been said that you’re the average of the 5 people you spend the most time with. In my experience, this is as true as it gets.

Surround yourself with the right people.

Without having good people in your life, true success is not only impossible, but it wouldn’t even be worth achieving anyway.

And if you want to make better connections with people, read Dale Carnegie’s book “How to Win Friends and Influence People”

It’s classic that has changed the lives of millions.

Here’s another example of people pulling together…

In Bulgaria, businesses are taxed if they donate food to a cause.

And because of this twisted law, each year Bulgarian businesses throw away 145,000 tons of food, while 800,000 Bulgarians are starving.

We’re talking about 800,000 people who would not need to starve if they could just have access to this food. 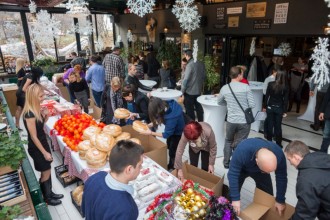 So recently, The Advanced Nutrients Holiday Heroes Army launched an initiative that’s bringing together Bulgarian businesses, experts and the government to deal with the unjust tax laws that are causing the people so much undue suffering.

AND we’re feeding 5,000 families this Christmas by getting some major businesses to ally forces and make sure these families get fed.

If I tried to feed all these hungry families myself it would never happen.

But because of people and businesses coming together—something that has NEVER happened before in Bulgaria—we’re able to put great food onto the tables of so many deserving families.

None of this would be possible without YOU.

It’s our community that is making it possible for me to do all this.

Without you feeding your plants with Advanced Nutrients, I would not be able to be here in Bulgaria with the Holiday Heroes Army working to create change, getting impoverished people to believe in themselves, and feeding families who so desperately need it.

So I want to thank you from the bottom of my heart.

Because of you, I’ve been able to get some major players, like Sony, involved in our charity program—allowing us to make positive things happen at a rapid pace.

Check out this short talk I gave, thanking Sony for participating in the Holiday Heroes Program this month.

Sony fed 500 families which is downright awesome, and I’m highly grateful to them for it.

Check it out and see where your dollars are going when you invest in Advanced Nutrients. I’m not really a suit guy, and when I wear one it always reminds me of being 9 years old and my mom making me dress up for someone’s wedding or something…but what the hell, it’s for a good cause:

And thanks again for all your support.

May the Force be with you. 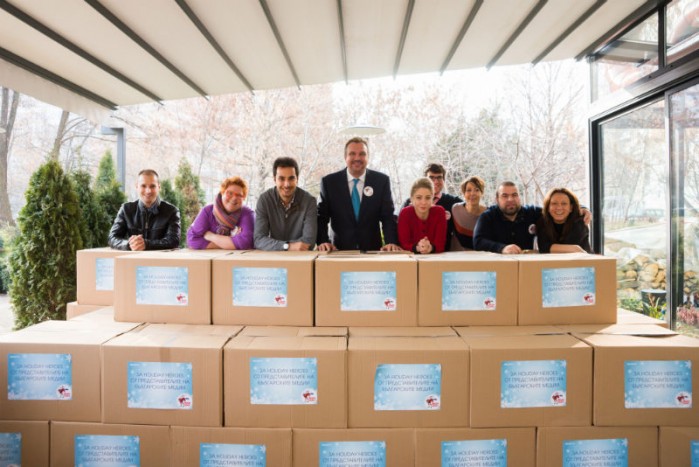