The State of The Marijuana Industry 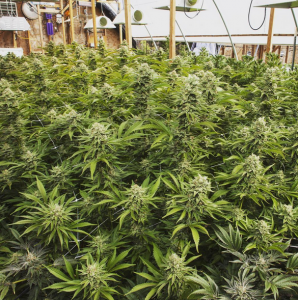 We live in a great time.

More and more states are legalizing and decriminalizing marijuana in either medical or recreational form.

There’s a good chance marijuana will soon be legal on the federal level.

It’s a totally different world than when I started growing in 1983, back when, in a lot of states, getting caught growing was likely to earn you a longer sentence than if you’d committed a violent crime or robbed someone at gun point.

So many of my friends have gone to prison over the years for growing pot. They went to prison for growing a plant. A fucking plant! How ridiculous is that?

I want to see a day when no U.S. citizen goes to prison in the United States for growing marijuana. Whether or not that day will come, I don’t know. But I do know that laws are turning in our favor.

Thankfully, people are changing their minds about marijuana which, as you know, is currently classified by the United States government as a Schedule 1 narcotic, in the same class with cocaine and heroin. 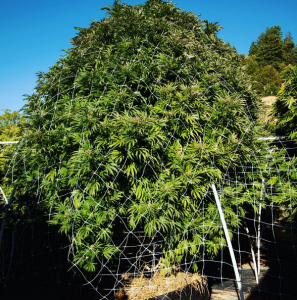 Everybody knows someone who’s died of lung cancer.

We all know someone who’s died from alcohol, whether that be from a drunk driving accident, cirrhosis of the liver, alcohol poisoning, or however else that shit killed ’em.

And almost everyone knows someone who’s overdosed on prescription painkillers or who’s had a family member overdose on that stuff.

Yet, no one can think of a single person they know who died because they smoked too much weed.

I’m glad people are finally seeing the truth—the truth that every single one of us in our community has known for a long time: that marijuana should be legal. They’re realizing that marijuana actually benefits a lot of people who suffer from things like chronic pain, anxiety, and ADD. It improves lives. Makes people happy.

86% of Americans reside in a states currently permitting the use of marijuana in one form or another. 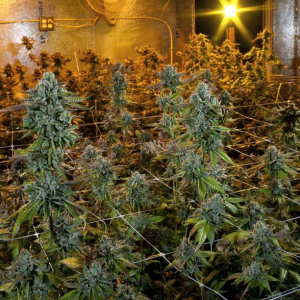 35% of college students have smoked it in the past 12 months.

And by the year 2020, our industry will be bigger than the NFL.

It’s predicted within the next 4 to 5 years, annual marijuana sales in the U.S. will be in the area of $22 BILLION.

Our industry is exploding.

And that means competition is fierce. Anyone who’s not willing to properly educate themselves on how to cultivate the best cannabis possible or isn’t willing to put in the time and effort it takes to unleash the genetic potential of high quality strains, will be eaten alive.

Growers who don’t grow the best of the best will be the first ones squeezed out by Big Marijuana (which is barreling towards fast).

Half-ass growers will soon wither and die. They’ll be growing for themselves and maybe a few friends looking to pay as little as they can. In fact, many of them have already moved on to other endeavors. Hopefully they didn’t quit their day jobs. 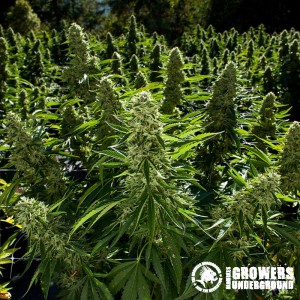 Fortunately, there aren’t a lot of those types of growers following this blog. Meaning, you’ll continue to do just fine. You’re a one-percenter. My kind of grower. Big Marijuana may disrupt things a bit for you down the road, but if you’re committed, you’ll find a way to thrive.

Now, if you want to keep getting better at your craft, I recommend checking out the Grow Med University.

Grow Med University is a free resource to help educate growers in our community on the best possible ways to grow marijuana.

It’s for growers like yourself who want to grow big, fat, sweet and stinky, sugar-coated buds with potency levels off the charts—the kind of buds that’ll earn you the respect of your friends and top dollar from your customers.

It’s for growers who are absolutely committed to excellence in the buds they produce, and will except nothing less. 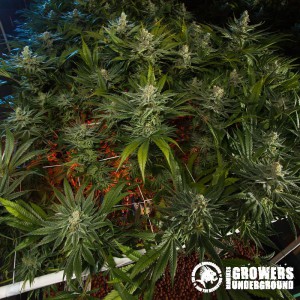 It’s for growers who refuse to settle for the information their buddy with a tent in his closet spews out.

It’s for growers who are sick of buying into the myths passed around in the forums by wannabe experts who like to preach advice all day—dishing out information that is not backed by science—yet have never consistently grown crop after heavy crop of AAA bud themselves.

It’s for growers who demand the truth.

Check it out here.

P.S. Recently, I was on the controversial Alex Jones show. Alex and I get into the marijuana industry, legalization, corrupt governments, ISIS, and bunch of other topics I think you’ll enjoy.

Haters and Success in the Cannabis Industry

Persecuted for Being in the Cannabis Industry