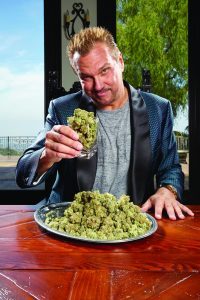 Decades ago—like in the ’80s—weed wasn’t always easy to find.

Sure, if you grew it or had the right connections, you could enjoy year-round buds. But most smokers found themselves with an empty sack and a bowl full of resin a helluva lot more often than they wanted.

I’m not saying smokers rarely had weed. In fact, more often than not they were flush. However, they wanted a plump satchel all the time—365 days a year.

But that wasn’t a reality for most people.

Every so often they’d be forced to endure periods when product was scarce—like during the “dry” summers, when none of their connects could get their hands on anything.

And even if they could hunt down a bag, it was typically harsh, seedy, stemmy, low THC schwag weed. Ugh!

A lot of people even had to smoke this crap year round because it was all they could get. Good weed rarely crossed their paths. So it was shit weed most of the year, peppered with periods of desperately trying to get their hands on something…anything…no matter how bad it was. 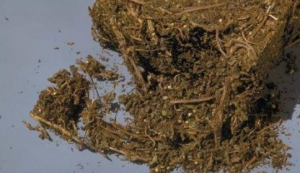 Mexi weed would make its way across the border from Mexico into Texas, New Mexico, Arizona, and California, where it could be purchased south of the United States interior border checkpoints—which are usually within 25–75 miles of the U.S./Mexican border—for $100 to $300 per pound, depending on who you knew and how much you purchased.

As it made its way north and/or east, everyone who touched it made a hefty profit, often doubling their money when breaking it down into lesser quantities.

Low-level dealers in places like Los Angeles could then sell ounces for $125, and quarter ounces for $40, $45, or even $50—for Mexican shit weed!

Now, obviously, prices varied based on factors such as location, who your connections were, and how dry or saturated the market was.

And, throughout the year, Mexican weed wasn’t the only product making its way into the hands of American smokers—there was also Columbian weed, a little Thai stick here and there, homegrown bud, etc.

Still, if, like me, you sold weed in the ‘80s or ‘90s, or even in the early 2000s before dispensaries and recreational stores began opening, your profit margins were enormous no matter what kind you were selling. 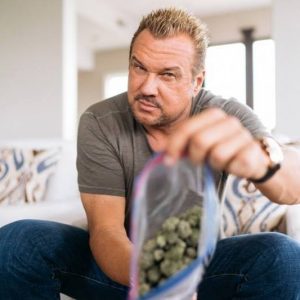 And if you had the good shit, like some quality hydro, your product was in high demand and you could practically name your price. Getting $4500, $5000, or even more per pound wasn’t uncommon. If your product was AAA, people would happily fork over $400 to $450 for an ounce—about the price of a pound of Mexi weed.

Before I was arrested in 2001, depending on how far the weed had to travel, if borders were involved, and how much the distributor was purchasing (most purchased 30–300 pounds at a time), I typically demanded $2800 to $3400 per pound.

Now my crew grew much of this weed. I set growers up in barns, houses, and warehouses and split the profits with them down the middle (after I’d recouped my investment for equipment, property costs, buildout, trimmers, and paying my guy from the utility company to covertly divert electricity to the grows).

Even after all these expenses, my profits were approximately $1000 per pound. 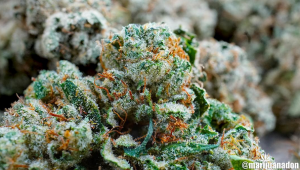 And, demand was so high I had to buy weed from other growers and brokers to fill it. When I did, I profited an average of $400 a pound.

And between the weed my crew grew and weed I’d purchased from others, I was moving 1000 pounds a week on average.

Now there were a lot of expenses that came out of my own pocket. For example, I employed a security and counter-surveillance team, attorneys for everyone—if someone on my crew went down, I immediately bailed them out and paid all their legal fees—accountants, four different managers who each oversaw a handful of my growers, drivers to deliver the weed to its destination, etc.

Even after all that there were still plenty of profits left over, and I was able to consistently expand the organization. 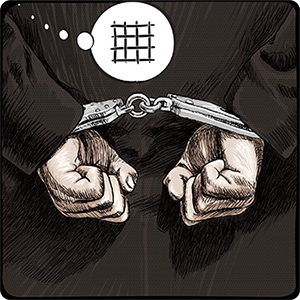 But while profit margins in the illegal marijuana industry were huge, so were the risks.

Growers and sellers risked their freedom every day. In some states you could spend decades in prison if you were caught.

And if you were going to risk spending years behind bars, you were damn sure going to make a hefty profit.

Additionally, in the ’80s and even ‘90s, rare was the grower who knew what they were doing. Information was sparse, the science had yet to evolve, and most growers didn’t know a bunch of other growers they could learn from and share ideas with.

Plus, quality nutrients and fertilizers weren’t available like they are now. So even the best growers still lacked the science and plant food to deliver the kinds of THC levels we’re seeing today.

Since then, science has made giant leaps toward deciphering how to take marijuana to its true genetic potential.

Information is readily available on your phone and at your local hydro shop. 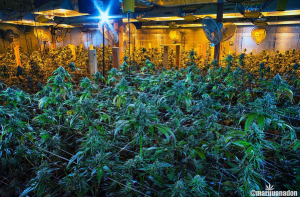 You can give your plants optimal ratios of the precise nutrients they need to produce heavy yields of potent marijuana.

And everyone knows five, ten, or twenty people who are growing and selling—including their grandma, the city councilman living next door, and the religious family with twelve home-schooled kids across the street. You may not know they’re growing. But they are.

And this abundance of high-potency product has slashed its price and hollowed out profit margins.

As of this writing, the average grower of high-quality bud in the United States sells pounds on the legal market for an average of $1800 to $2200. 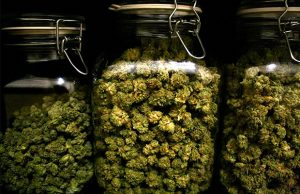 This is for marijuana that’s better than what once sold for two to three times as much on the black market.

And profits have only begun to dwindle.

Big Marijuana will have the ability to streamline their operations, pay workers crap money to manage the grows, and purchase equipment and supplies for as little as possible because they can buy in bulk.

And since growing outdoors cuts the cost of production to a fraction of what it is indoors, commercial production will move to greenhouses, utilizing light deprivation and light supplementation to grow the product. 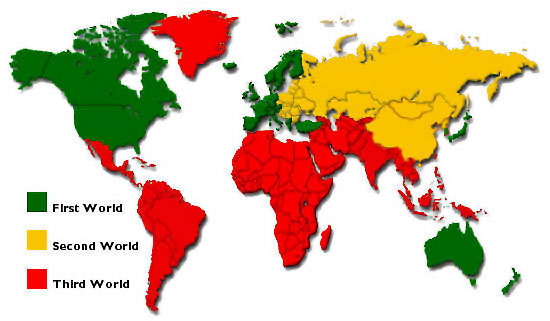 The majority of production will move to Third World countries, where both land and labor are cheap. When the marijuana is grown, the cannabinoids and terpenes will be extracted and shipped to the United States in 55-gallon drums.

This means Big Marijuana will be able to hawk their product for much less than everybody else. 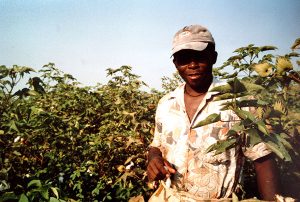 Within a few years, the average price for a pound of weed may sink to $500 or $600, which means growing marijuana will no longer be profitable for 99% of the growers in our community.

Growers will be left with little option but to sell their product to the big boys for a fraction of what they’re able to sell it for now. And they’ll be fighting over pennies. It’s already started. But just wait a few years. You ain’t seen nothing yet. It’s about to get bloody.

Because of all this, my advice to most—not all, but most—commercial growers is… 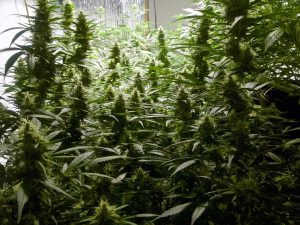 Right now—before the bubble bursts—grow as much weed as you can and make as much money as you can.

It’s better to walk away with something than nothing, right?

But, if you play your cards right, you could thrive in the weed industry for years to come.

To find out how, keep an eye on your email inbox for What Big Marijuana Doesn’t Want You to Know—And How to Kick Ass in the New Cannabis Economy which I’ll soon be sending you.

And if you’re not subscribed to my email newsletter, you can subscribe by submitting your email into the little box in the very bottom right corner of this site, or at the top of the homepage. 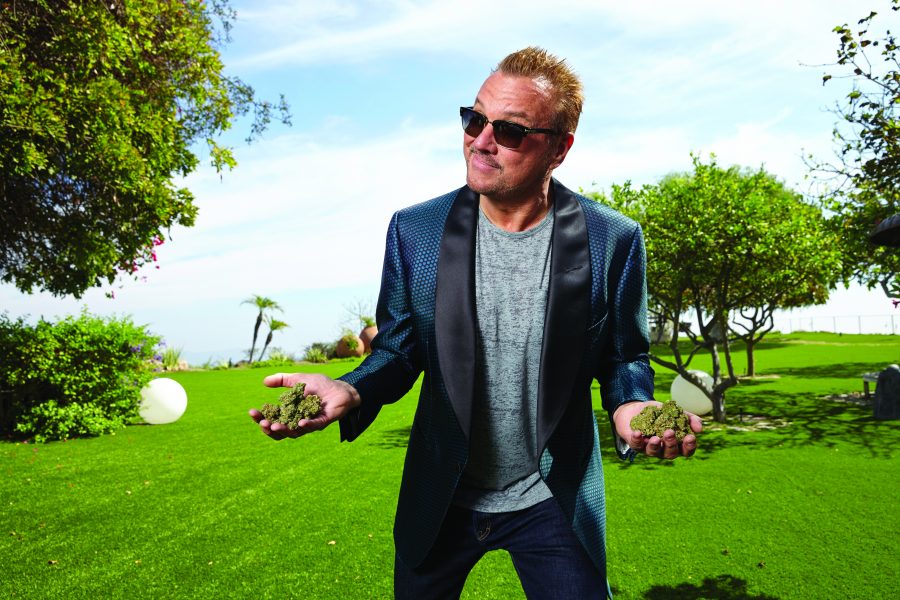