About My OCD, ADD, Dyslexia, and Anxiety—And How I Use These to Kick Ass 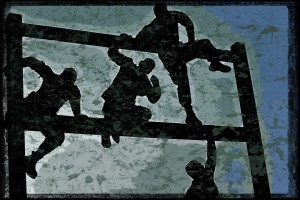 I’m a firm believer of turning obstacles into fuel.

Not only have I dealt with crop failure, busts, manhunts, thieves, outlaw bikers trying to extort me, other nutrient companies trying to blackball me, lawsuits, divorce, poverty, and so many hurdles it would make your head spin, I also have a number of disabilities.

Growing up I suffered a severe case of dyslexia. Digits flip-flopped on me, the last two numbers in a sequence playing hopscotch with each other. And it happened in a millisecond. If you told me to jot down a 3 and a 7, I’d write down 7 and 3. One of my teachers finally figured it out.

It’s still a problem today. I call wrong numbers all the time. After apologizing, I’ll try the call again, but reverse the last two numbers, and the right person will pick up.

Whenever someone reads off a number to me, I tell ’em to go real slow and repeat themselves.

On top of the dyslexia, I was also an unruly little maniac in school.

When I was eleven, one of my teachers told my parents that she couldn’t control me, that I constantly interrupted her during class with a ton of questions about everything, driving her half-mad. And that when I wasn’t grilling with questions, I was spaced out, off in my own world.

But my behavior wasn’t only causing problems at school, it caused problems at home as well.

Thinking that I my behavior may have been responsible for their constant fighting and divorce, Mom and Dad trotted me into the office of a psychologist—by this time, I’d been to many. He told them I was a genius-level IQ but that I also had a serious case of ADD. 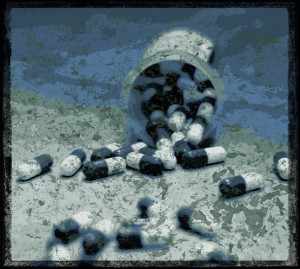 He wrote me a script for Librium, and they pumped me full of it. A benzodiazepine like Xanax or Valium, it’s a heavy drug, especially for a little kid. It was supposed to calm me down and help me focus in school, and it worked. I was finally able to remain still during class and began doing better in school.

However, my parents moved a lot, shuffling me from school to school. Every time we’d move it sent my anxiety into overdrive and my symptoms came back.

Deciding I needed more stimulation, my parents enrolled me in nothing but honors classes, figuring that maybe I just wasn’t being challenged enough.

The kids in those honor classes were such assholes, though. I couldn’t stand them. I felt an outsider looking in. Even though I knew I was smarter than they were, I felt like an alien. I wanted to do cool shit and have fun. I wanted to throw blows and shoot guns.

All these kids wanted to do was homework and they were pompous about it. They lived and died by the letters on their report cards. I didn’t care about school or report cards. So I shut down and pulled C’s, D’s, and F’s, except in classes I liked, like Science, Math, and Gym.

In tenth grade my algebra teacher let me do all the work on my own. She said, “For the next two weeks, go through the book and do all the work at your own pace as long as you can get it done by the end of the two weeks.”

I said, “When I finish the work can I just sit in class and read magazines? ‘Cause that’s what I want to do.”

“Yes, if you finish your work you can do that.” 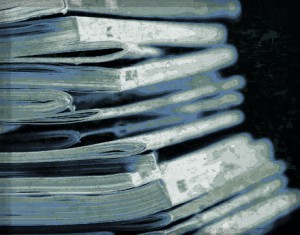 The next morning I showed up to class and handed her two weeks’ worth of work and a stack a magazines. For the next two weeks I sat and read Popular Mechanics, Popular Science, and National Geographic—stuff that interested me—while everybody else worked.

After about seven years of Librium, countless tests, and a parade of psychologists, my parents decided to take me off the meds.

Now, on top of the ADD and dyslexia I also have a gnarly case of OCD.

During the first thirty or so years of my life, if I walked down a sidewalk and saw a pole, I’d always walk on the outside of the pole, never on the inside. I knew if I walked on the inside bad shit would go down. What? I have no idea. Something deep in my makeup just knew that nothing good could come from walking on the inside of a damn pole. Outside. Always. Better to play it safe than mess with laws of the Universe.

And I didn’t dare step on cracks in the sidewalk. Not a chance in hell I’d do that. That’s testing fate in a way you do not want to test it. Stepping on a crack meant making a deal with the devil. Now, that’s not a conscious thought I had. I just knew if I stepped on one, I’d be fucked. Proper-like.

And walking past cemeteries? That required holding my breath so the ghosts couldn’t get in.

Sometimes the counting rituals come back when I’m under a lot of stress, but not often. I do my best to keep my OCD under control and channel it in a positive direction.

Now, when I was on the run from the feds for eleven years—when there was a cultivation warrant out on me and the DEA and US Marshals were knocking on doors from Illinois to California trying to flush me out—my symptoms got pretty bad. Anxiety came over me like tsunamis and the nightmares were fierce. I just dealt with it the best I could.

Today the dyslexia is something I just work around. 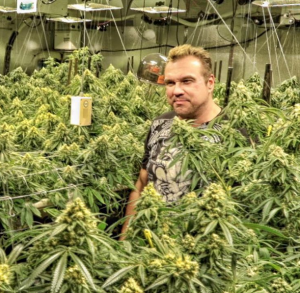 But the ADD and OCD?

I use those to help me get a ton of shit done.

Whether it’s discovering new ways to help growers bring marijuana to its true genetic potential, or building my nutrient line, or feeding families in Bulgaria—all things I do with laser-like focus.

I honestly don’t think Advanced Nutrients would be an over $100 million a year company if I wasn’t blessed with these disabilities. I just toss the “dis” part and turn them into ABILITIES.

My point is, use what you’ve got. No matter how big the obstacle, you can overcome it and turn it into fuel to help you do great things.

The obstacles are gifts.

P.S. If you liked this post, I recommend reading the book The Obstacle is the Way by Ryan Holiday. It’s life changing.