By BigMike on November 5, 2013 in As BigMike Sees it, Featured 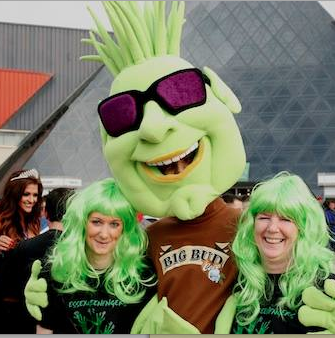 I actually haven’t had the time to do a lot of blog posts lately.

It’s been crazy around here.

I’ve been putting the pedal to the metal working with the Advanced Nutrients scientists and grow specialists on some things that are gonna rock the hydroponics world to its core and skyrocket your growing to an entirely new level—with bigger yields and off-the-charts potency.

I’ll be sharing more about this with you in the near future.

I’ve also been spearheading a movement to create social change in Bulgaria.

Man, the government there is a mess…talk about corruption!

The people are broke and their system is failing them. So I’m doing what I can to help fix it. It’s a mighty task but fortunately I’ve already rallied up over 128,000 people and we have some brilliant minds on our team doing everything they can to make things right for the citizens of Bulgaria. It’s a full-on, balls-to-the-wall effort the whole way.

We’re not messing around. 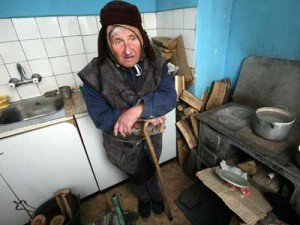 And on top of all that I’ve been spending a lot of time building the Holiday Heroes Army so we can feed as many families in need as possible. It breaks my heart to see people go hungry when there’s no good reason for it. EVERYONE deserves to eat. Everyone. No exceptions.

So, like I said, I haven’t had a lot of time to do many blog posts for you, but this one just couldn’t wait. It’s about something that can improve your life in sooo many ways.

Look, I want you to be happy.

And I’m not just talking about being happy with the products you get from Advanced Nutrients…or when you’re gazing at the big fat sugary buds busting outta the seams of your garden…or when your friends are partaking in the fruits of your labor and patting you on the back for growing such killer buds.

I want you to be happy, PERIOD.

Which brings me to the time I died…

As you may know, while undergoing an operation back in August 30th of 2011 I completely flat-lined—I died. Fortunately it was only for a short period and the doctors were able to revive me. 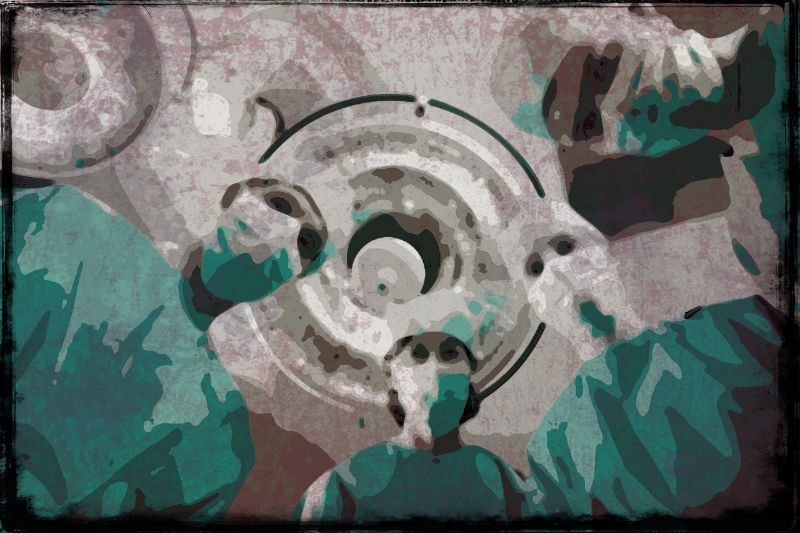 (BTW, keep your eye out for a future post where I’m gonna share the entire story of what happened…including what I saw on the other side—something I’ve only shared with a few close friends since it happened.)

After the doctors brought me back I noticed something strange.

It’s as if parts of myself died right there on the table with me but never came back.

One day they were there, holding me back from being of maximal use to my fellow man, and the next day—“POOF!”—they were gone.

And what replaced ’em was a sincere desire to help my fellow man to the absolute best of my abilities.

Now I’m not gonna sit here and tell you I’m filled with nothing but altruistic tendencies… because it’s not like that at all. Trust me, I like having my piece of pie; I just wanna make sure everyone else gets a yummy piece of pie as well.

All I’m saying is that something changed deep inside of me. And because of this change, I’ve been spending a great deal of my time focused on helping people. 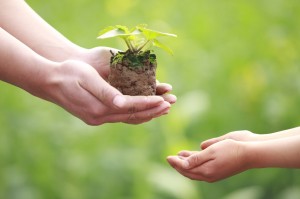 ’ve always always been somewhat of a giving person… but now it’s become an obsession. And the more I give, the happier I am.

If you’re ever feeling down in the dumps, go help someone and I promise that you’ll immediately start to feel better.

And if you’re not as happy as you’d like to be, go help more people in more impactful ways. You WILL be happier.

Now I realize I’m not telling you something you don’t already know. I mean, I’m sure by the time you were 9 your Grandma told you at least 327 times how important it is to help people. She probably said things like “It’s better to give than receive” and “Giving is the greatest gift of all.”

But at that age, most of us were like, “Screw that, I want presents!” (I know that’s what I was I thinking, at least.)

Because Grandma was smart.  She knew that we can never be reminded of this little lesson too many times. 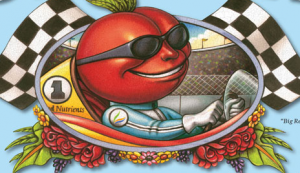 The more people you help, the happier you’ll be. You know it, I know it, and Grandma knew it. (R.I.P. Grandma.)

And here’s the thing: I want you to be as happy as possible.

Seriously, I want you to have such a happy, fulfilling and prosperous life that you could never, even in your wildest dreams, ask for anything more.

– Donate a portion of your next harvest to someone in need…someone who deserves the absolute best medicine possible, but can’t normally afford to get their hands on it. Even if you can only spare a little. Remember, a little to you can mean A LOT to someone else.

– Help a first-time grower set up his garden. Here’s even some downloadable gifts you can hook ’em up with:

– Be a mentor to a grower who’s less experienced than you are.

– Commit to doing one random act of kindness each day: Call a friend just to let them know how much their friendship means to you. Buy a meal for a homeless person. Pull over and help push someone’s stalled car. Leave a big tip. That kind of stuff.

And check this out… I know two ways that you’re already helping out a lot of people right now.

First, because you grow some of the highest quality medical marijuana around, you’re helping to alleviate the pain and suffering of others and giving them a better quality of life. 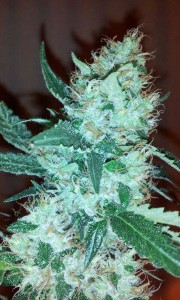 How do I know you grow some of the best marijuana around?

Because you use Advanced Nutrients.

AND…because the growers who follow my blog are the ones who are always trying to learn more and are committed to continually raising the bar for themselves and the quality of their crops.

Growers who don’t give a shit about educating themselves and becoming better at what they do aren’t the ones reading this stuff—I promise you.

You’re the ones who can, and are, changing the world.

You’re the rebel, the outcast, the David in a world of Goliaths.

You tread where others are too scared to go.

You see possibilities where others see only problems.

And you refuse to settle for anything but the best.

Which brings me to the other way I know of that you’re currently making a contribution to the world.

You use Advanced Nutrients!

You’re investing in a company that is committed to making a difference in the world.

You’re investing in a company that is heavily involved in charity and philanthropy work. 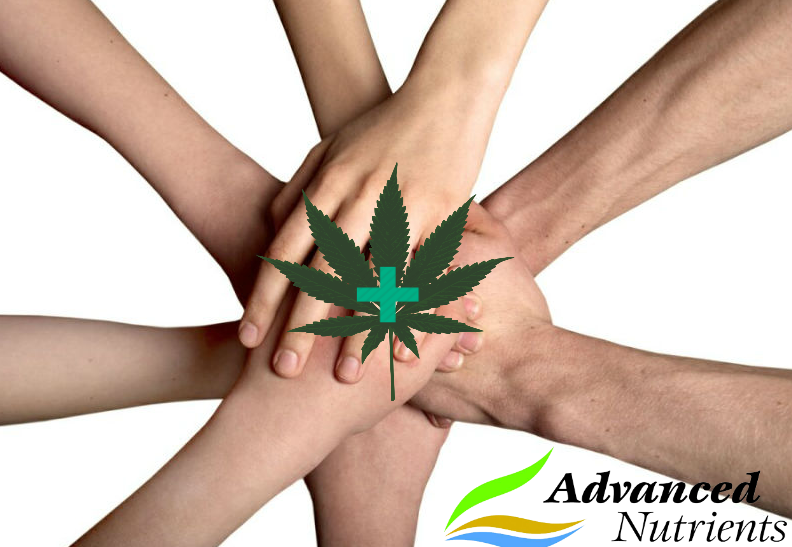 You’re investing in a company that…

– Gives away millions of dollars worth of nutrients to assist the sick, needy and dying people of the world

THAT’S what you’re investing in. 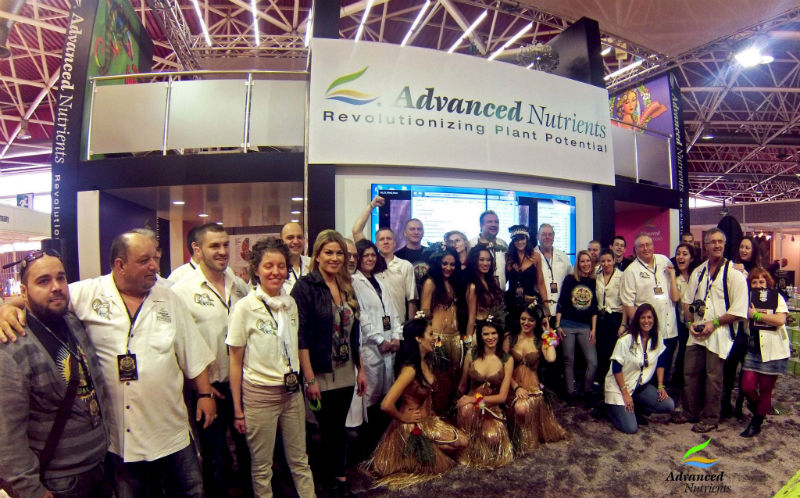 And for that I commend you and I thank you.

It’s people like you who are changing the world.

Together we’re making a difference.

P.S. Check out this video of some of the Holiday Heroes Soldiers showing love in action 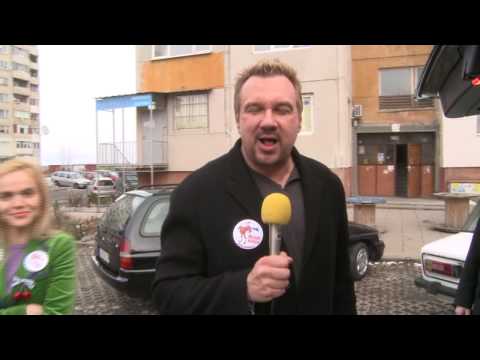 Your Most Important Day as a Grower

7 Traits of a Badass Grower

← Cannabis Varietals, Spanish Culture and International Politics with “Big” Mike Straumietis
7 Things Every Grower Should Do This Month →