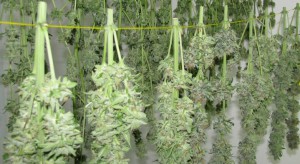 I was simultaneously running seven or eight indoor grows and six outdoor grows throughout multiple counties and having a blast.

On this particular Tuesday evening, my two grow partners—let’s call them Jim and Scott—and I were drying hundreds of pounds of bud in the four-thousand square foot basement of a home I’d rented under a fake name in Barrington, Illinois. Jim and Scott lived in the house, but I’d been the one who’d rented it and had the relationship with the landlord.

Here’s where things took a turn…

As we stood in the basement hanging plants, the phone rang. It was the landlord. She wanted to show the house to a potential buyer.

“No can do,” I told her, as I eyed the colas dangling from strings, and the boxes stacked against the wall, crammed full of packaged weed from another grow we’d harvested the previous week. “Lease agreement states you can’t show the house while I’m a tenant.”

“I know, but come on, please, Mike. Your lease is ending soon and I really need to sell the place and I think these people will buy if they see the house.” 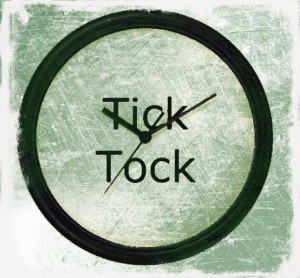 “Fine, this one time. I need a couple days, though.”

I hung up and said to Jim and Scott, “Landlord’s showing the house in thirty-six hours. We gotta move the weed.”

“She’s showing the house?” Jim said, “Why the hell’d you agree to that?”

Panic washed over their faces.

With the clock looming over us like the Devil, I said to Jim, “First thing in the morning, I need you to drive me down to U-Haul.”

“Where we gonna put all the weed?” he asked.

The next morning Jim dropped me off at U-Haul and headed back the house. I rented a large moving truck, returned to the house and backed into the driveway, pulling as close to the garage as I could. Another two inches and I’d have whacked the garage door.

When I walked in the front door, I could see the panic on Scott’s face. “I can’t believe you agreed to this,” he said. 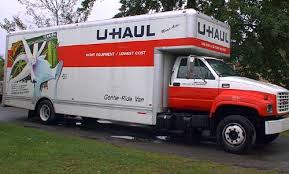 “Dude, calm down,” I said. “Everything’s gonna be fine.” At least I hoped it would be.

The entire house stank of weed. We had less than twenty-one hours till the owner would show with her prospective buyers.

“Where you gonna park it?” Jim asked.

“Leaving it in the driveway,” I said.

Even though I knew I was a little nuts, I also knew the driveway was best. “Nope,” I said.

“Don’t stress it,” I said. “It’s not a big deal. It’s a moving truck. People see moving trucks in driveways all the time. If she asks, I’ll just say I went and bought some furniture for the house.”

They both shook their heads and said, “You’re crazy,” at the exact same moment. Grow partners in stereo. 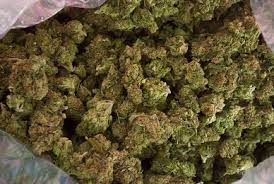 “It’s not. Why drive it to a parking lot and let it sit there, looking all out of place and suspicious? Plus, this way, there’s no chance of getting pulled over or having the truck stolen. It’s staying here.”

As Jim swept the garage, scouring for MIA pot leaves, I moved the truck to the center of the driveway so it wasn’t crammed against the house.

At ten the next morning, I walked down the driveway, said hi to the landlord and shook hands with the man and woman, a married couple from Arizona wanting to relocate to Illinois to be closer to family. The owner glanced at the moving truck and asked what it was for. I gave her the furniture story.

They toured the house and went on their way, never suspecting a thing.

As their cars disappeared down the street, Scott looked at me and said, “Un-fucking-believable.” 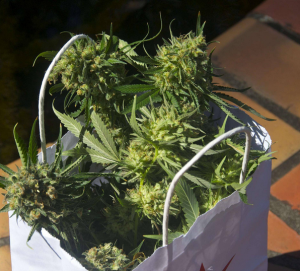 We hauled the weed back into the house and hung it to dry.

One more of many close calls resolved.

P.S. I’m currently working on my autobiography. It’s loaded with stories like this one, over five hundred pages of ’em at the moment. I’ll keep you posted and let you know when it’ll be hitting the shelves. In the meantime, read this post Eljay wrote, it covers a lot of ground—my 32 years as a grower, life on the lam, my (many) failures, my arrest, and how I built Advanced Nutrients: