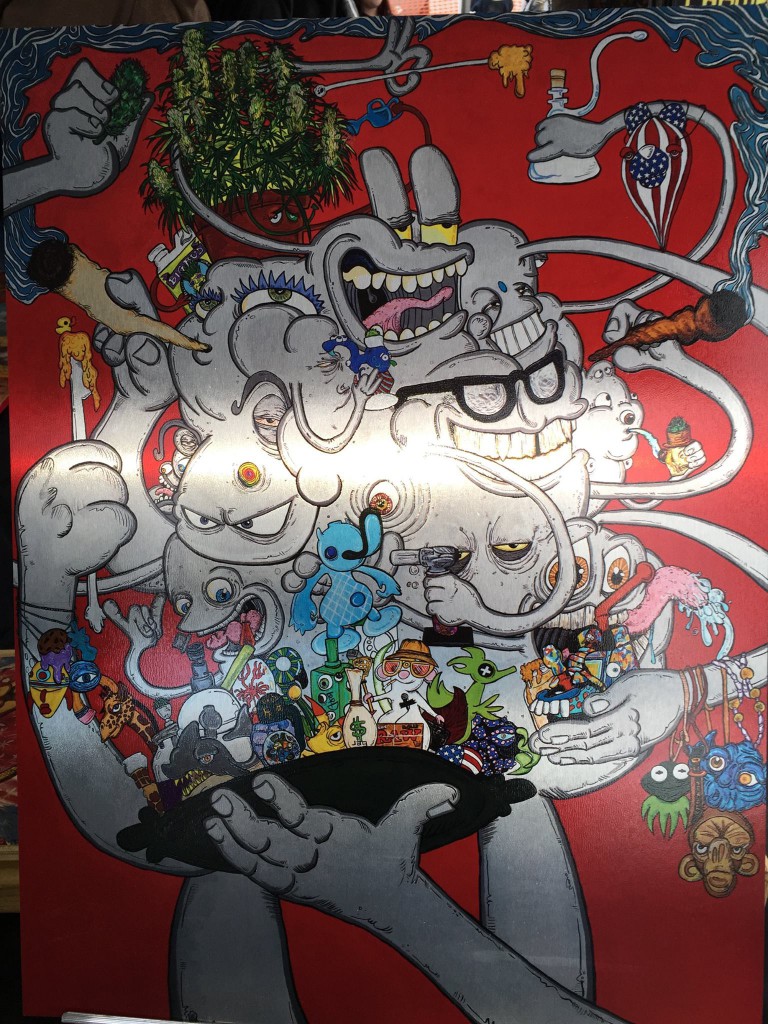 …but nothing prepared me for this…

Seriously, one minute I was relaxing with a few growers, and the next minute I’m looking at the freakiest thing I’d ever seen…

It happened shortly after the time a psycho hillbilly, Wolfman, ripped $37,000 off from my self-mutilating grow-partner, who I’ll call Scar, in Missouri…

If you don’t know the story…

…I’d driven through the night from Illinois in a rental truck to get our money back, crashed the truck through Wolfman’s gate, pounded on his door, let his fifteen pet wolves loose, chased him all over town for the next four days, slammed into a tree in the middle of the night, and got arrested.

You can read that story here, BTW.

Well, here’s what happened next…this is where it REALLY gets crazy…

I was kicking back with Scar and two other guys we grew with—Donny the ladies man and Pup the pool hustler—at a house we were growing in.

I sat back on the couch with my feet on the coffee table as we drank beer, talked weed, and schemed more grows. I was always scheming more grows. Hell, growing was all I ever wanted to think about, talk about, and do.

As we swapped stories, Scar got up to use the restroom and then came back and stood over me with this crazy look on his face…

He held out his hand and it was gushing blood. The dude was missing a finger!

Displaying his bloody hand he said, “I chopped it off for you.”

“Dude get that thing away from me. Hold on, you did what exactly?”

“What the hell were you thinking?” I knew Scar was into self-mutilation—he had scars all over his body like Rambo—and figured maybe he was having an episode.

“I wanted to show how loyal I am to you. I had nothing to do with that money going missing in Missouri and I need you to know that. I didn’t steal it, brother, I swear, and this here is a sign of my undying loyalty to you.”

“Holy shit, man, I know you didn’t steal the money. And I know you’re loyal. What you have to go and cut your finger off for?” 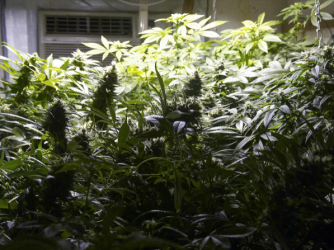 We had rooms full of pot growing in the house and Scar’s whacking fingers off. Not cool on any level.

I hopped into my car and took off. As I drove I started thinking about how Scar had better get to a doctor and get that finger sewn back on.

I called up Donny and said, “Put the finger in a bag or something…maybe with some ice…and rush Scar to the ER. Tell ‘em he accidentally cut it off with a saw and have em’ put that thing back on before it’s too late.”

Donny started balling his eyes out and said, “I can’t. I told him that’s what I was gonna do and he grabbed the finger and flushed it down the toilet. He’s out of his mind, man. He’s losing it.”

If you’ve read the story Eljay wrote about me, you know that my life as a grower got pretty wild, especially back in the 80’s, 90’s, and early 2000’s…the giant grows, the chases, the manhunts, the kidnapping…it’s been flat-out nuts.

…but with laws changing, me becoming a little wiser with age, and my continued focus on formulating nutrients that will help take marijuana to its true genetic potential—without me having to manage all the illegal and clandestine grow rooms and guerrilla crops in the swamps, fields, and mountains while worrying about staying one step ahead of the law—it’s a different kind of crazy.

It’s the kind of crazy that involves…

…developing cannabis specific nutrients, running our charities, fighting to change marijuana laws, working to root out corruption in Bulgaria, filming a documentary, writing a book, overseeing an over $100 million a year company and driving it forward, hanging out with friends and family, working out… 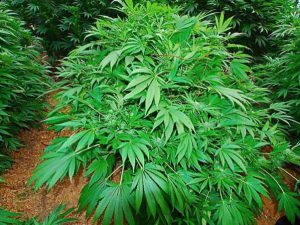 …and other fun stuff that’s safer and more grounded than the way things used to be when I was an outlaw grower and had the Man breathing down my back at every turn.

Sure, I still have to watch my ass in Bulgaria due to bitter political rivals who are known to use violence as means to shut people up and keep ’em in line, but I have 24/7 heavily armed Special Forces Team to help make sure nothing happens to me.

My focus is on finding ways to help you grow the best weed possible—BTW, if you’d like some help with your grows, check out the brand new Grow Med University—and on making sure Advanced Nutrients has a giant positive impact on the world through our charities, activism, and donations…

We donate nutrients to a charitable program called Archie’s Acres that helps ease the pain and suffering of injured war veterans.

We give away millions of dollars worth of nutrients to assist the sick, needy, and dying people of the world; we construct classrooms in Uganda, lend seed money to people in developing countries who dream of starting a small business but can’t afford to, and donate heavily to the Marijuana Policy Project.

Plus, we’re spearheading MMJ Bulgaria to legalize Medical Marijuana in the country of Bulgaria, feed tens of thousands of families through our Holiday Heroes program, and are working hard to flip the corrupt government of Bulgaria onto its ear and give the people who live there a fighting chance at a good life.

We also built a growroom for CannaMoms and hook ’em up with free nutrients, so children who suffer from conditions such as epilepsy and cancer can get the medicine they need. It’s a great organization that’s making a difference. You can watch a video about what they do here:

Even if you’ve never used Advanced Nutrients before, hell, even if you don’t ever plan on using our nutrients, if you’ve grown, or just consumed marijuana, you’ve benefited from something I’ve done, and that makes me proud.

Over the past 32 years I’ve brought over 50 firsts and innovations to the world of marijuana growing, and there’s plenty more to come—as long as my OCD and ADHD don’t get the best of me first and I end up in a padded cell spewing out random mathematical equations to the orderlies as they try to subdue me. 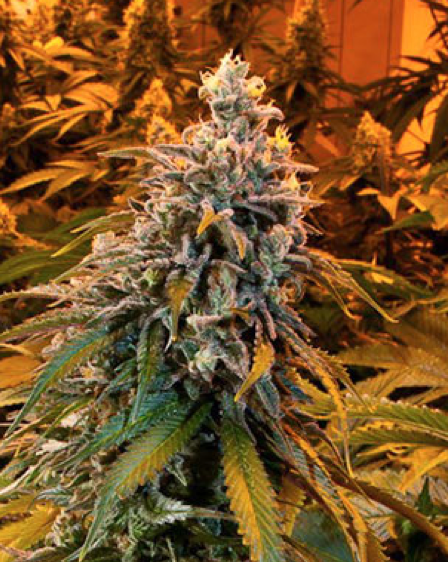 But who knows, I bet ya that even in a mental hospital I could figure out ways to grow better weed.

My wish for you is to not only grow the best damn medicine the world has ever seen, but to take a portion of your profits, or even just a few hours of your time, and do something to give back and impact the world in a positive way. And if you’re already doing so, I commend you for it with everything in me, and appreciate you leading by example.

As the world sees how giving our community can be, things will continue to improve for us at an even more rapid rate than they are now.

So hang onto your hat and prepare for take off as we blast off into the growing stratosphere.

P.S.  After the incident with Scar, he showed me how he cut his finger off with a Ginsu knife. He said it came off real easy, like cutting through butter. Ugh!

A whole bunch more stuff with Scar went down after that. Boy, did things get hairy…

I’m currently working on a book about all the crazy grow stories from my life…well, as many as I can remember anyhow. While you’re waiting for it to hit the shelves, you can find a bunch of the stories in the blog post Eljay wrote about me here.

Check it out if you haven’t already.

P.S.S. Oh, and here’s a few videos about what I’ve been up to in Bulgaria…

The first is Carry The Flame, the Official Holiday Heroes Anthem, by Daniel Kajmakoski, BOBO, and MERJ, of Blackstreet. It’s a mixture of both English and Bulgarian. Check it out: 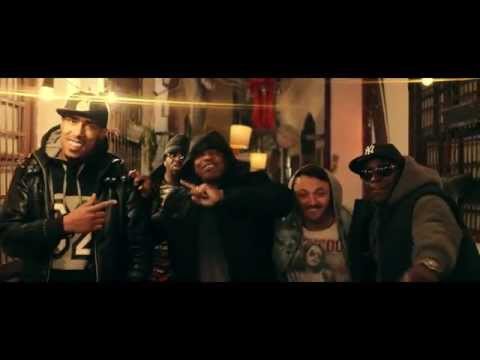 And this next one is a speech I gave at the Carry The Flame video premiere: