A Gift For You From My Years On The Lam 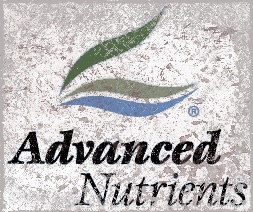 I have a gift for you today. It’s not exactly a quote unquote growing gift, however, as a grower, I think you’ll find it beneficial.

I’m going to tell you all about this gift in just a moment, but first I want you to know how it came to be…

If you read the post I wrote about the recent passing of my mother then you know when I was a kid things got a little crazy in the Straumietis home.

I had severe ADD, OCD and Dyslexia, and got into a ton of fights with other kids—usually bullies a few years older than me.

My mom was an alcoholic and prescription drug addict, and when she’d drink, the beast of rage that lived under her loving and healing nature would rise to the surface looking for prey. 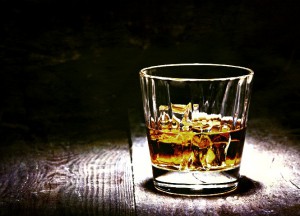 She’d start these insane fights with my dad. Their screaming and yelling would wake me from my sleep in a panic. Half asleep, I’d stagger out of my room in my jammies, rubbing the sleep from my eyes to see pots and pans and food and vases and broken glass everywhere.

Eventually my father got sick of it.

One day when I was around eleven and my younger brother John was around ten, my parents told us they were getting a divorce, and we needed to pick who we wanted to live with.

Dad said, “Listen, if it’s too hard for you to say it, just write it on a piece of paper.”

They handed pens and paper and left the room. John and I sat there staring at each other.

“Who do you wanna live with?” he said.

“Who do you wanna live it?” 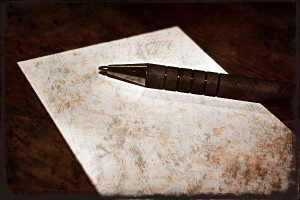 John agreed, and we moved with my father.

Even though Dad was normal—at least compared to my mom—he was strict.

My father was a Latvian who’d fled his communist country to Germany to join the German army and fight the Russians, who had an ironclad grip on Latvia. He’d been wounded while fighting and had a huge hole in his arm.

Dad took no shit and proudly owned a cache of rifles that would make a paramilitary group envious.

My brother and I would be playing and doing the kind of things kids do, and he’d say, “What in the hell are you two morons doing?”

Yeah, well cut the shit.
Keep it down.
Shut up.
Stop doing that.
Go to your room.
Stop it.
Don’t do that.
Don’t touch that.
Stop fucking around.
Watch your mouth.
Get back in your room.
When I say ‘jump’, what do you say? 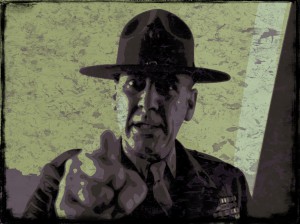 And if you talked back to him, you’d get the back of his hand. John and I would be fighting in the backseat of the car and all of a sudden, crack, a backhanded swing from the driver’s seat.

I’ll always love my father and learned a lot about life and business from him. In fact, I would not be where I am today if it weren’t for all he taught me about human psychology and what makes people tick. And for that I am extremely grateful. (RIP Dad)

HOWEVER, he was strict and a hard guy to live with.

After the divorce, I became unhappy all the time. I ran away from home seven times. The first time I tried to run away to Boys Town in Nebraska. I’d seen a movie about it and thought it looked cool. So off to Boys Town I went. On my way there a state police officer spotted me walking on the side of the road. He flipped a U-turn. I ran and he chased me. He didn’t catch me, but I finally surrendered. He drove me to my school where my teacher saw me getting out of the police car and asked me what was going on and if I was okay. I told her I thought I was. 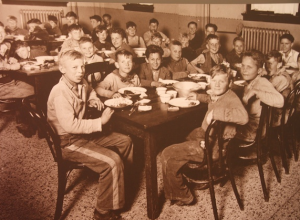 Over the next four next four years, I ran away six more times, usually staying local, hanging around different neighborhoods in my town. The cops would chase me. My parents would try to find me. I would run.

A few times I ran away for only a day or two, but most of the time I’d stay gone for weeks or even months, sometimes ending up in juvenile detention facilities.

I ran from everybody and everything. I wanted freedom. I wanted to get away from Mom, Dad, and what I felt was a damn shitty life at the time.

Years later, when an ex-grow partner tried to pin a large outdoor grow on me—a grow I had nothing to do with—I went on the run again. I wrote a little bit about it in this post here.

I stayed on the lam for eleven years and lived under seven different identities until I was arrested in Canada—where I ran a massive grow operation with 200 people working for me. 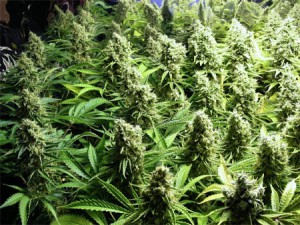 While on the run I had to switch identities whenever things got too hot. Part of this included quickly building up credit for my new identities. I always had a few identities on tap, ready to go.

After the arrest, an ex-wife of mine told the RCMP my real name.

Later, when I was later kidnapped, and kicked out of Canada—which you can read about here—I wrote a book, which I’ll tell you about in just a second…

Now, my first parole officer in Washington was a total dick who would stop at nothing to lock me up. However, I was approved to relocate to Palm Springs where I was assigned a much cooler PO. He understood that I wasn’t a bad guy, just a pot grower who went a little—ok, maybe a lot—too big in my endeavors.

Here’s where your gift comes in…

Being a pretty damn savvy credit score expert, in Palm Springs I wrote a book called HOW TO SAVE YOUR HOME AND CREDIT! Getting Through and Out of The California Foreclosure Process to, well, help people get out of the foreclosure process and rebuild their credit, like the title states. 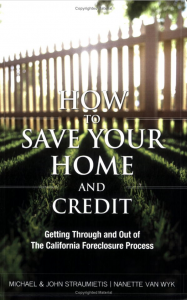 In fact, half of the book is all about FICO and understanding how credit works, including a ton of information that isn’t easily available to most people.

In Palm Springs, I showed the book to my PO and he was impressed. Most of his parolees were hardened criminals who were too busy robbing people to hold down regular jobs, so it’s fair to say it didn’t take too much to impress him. But the guy liked me and was impressed by the book and everything I was doing to build Advanced Nutrients.

Now, I realize this book isn’t about growing…

HOWEVER, it will help you figure out how credit scores are calculated and show you how to beat the system, so I think you’ll find it useful.

Even if your credit is in tip-top shape, you’ll still get a lot out this book. And feel free to pass the book along to anyone you think it can help—like that buddy of yours with credit scores in the mid-three-hundreds. You know the guy.

There’s no gimmick or strings attached to this gift. I just figured this book could help you so I want you to have it. The more good that my experience from those years on the run can do, the better.

P.S. You’ll be able to read all about my crazy life on the run when my newest book Marijuana Don hits the shelves. It goes deep into my 32 years as a grower and is a downright roller coaster of cannabis growing insanity.

Until the book comes out, you can read the Cliff Notes version of many of the stories here.

R.I.P. – This Was Hard For Me To Write
← Holiday Heroes Song Hits #1
How I Harvested So Many Guerrilla Grows Without Getting Caught →